You have undoubtedly heard of the chaos going on right now in Ferguson, Missouri.  An unarmed 18 year old man – Michael Brown – was shot and killed by police officer Darren Wilson.  Due mostly to the opaque manner in which the investigation has been handled, the atmosphere has continued to deteriorate into what can best be described as civil unrest.

Why?  What happened in Ferguson that hasn’t happened in other places throughout our country where similar incidents have occurred?  There were no riots over the Trayvon Martin decision in Florida.  So far, no riots have broken out in New York City, where Eric Garner was recently killed by a police officer who used a prohibited choke hold to subdue Mr. Garner.

What has happened is people are tired.  They are tired of African American boys being victimized by police departments all over this country.  I know, I know – Michael Brown wasn’t an innocent in this.  Trayvon’s own mother has said he wasn’t an angel.  Eric Garner was known for selling illegal cigarettes.  But honestly – what is the crime that warrants the penalty of an execution?  Is it stealing $48 worth of cigars?  Is it selling loose cigarettes for a few extra bucks to feed your family?  Are those acts that should be punished?  Sure.  With death?  No.  But that’s what these people got – death.

And it’s not just these incidents.  As I type, they are reporting another black man near Ferguson has been shot by police for allegedly brandishing a knife.  On scene reports are mixed – some eyewitnesses claim he was behaving erratically, but had no weapon; police claim he was armed and attacking.  We don’t get an answer in a lot of these cases as to which side of the story is true, but it should be obvious to anyone with eyes capable of reading the news that African American men and boys have way bigger targets on their backs than anyone else in our population. 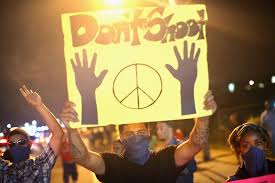 So how do we fix things in Ferguson?  I’ll tell you what I think.

1 – Those kids need to get back to school.  Schools there are cancelled at least until next Monday.  These are inner city kids who are more likely to get involved in the nightly fracas because they DON’T have school than they would be to get harmed if they did have school.  Put some sense of normalcy and a schedule back in place.

2 – Release the results of the initial autopsy and any tests done on the service weapon used to kill Michael Brown.  There are stories that claim Michael attempted to relieve the officer of his weapon in a vicious struggle that left the officer injured.  Others are claiming the officer shot at Michael for no reason.  Somewhere in between lies the truth.  No one will know what that truth is because the Ferguson police haven’t released any information.  It’s almost like they know they have something to hide.

3 – Immediately remove all law enforcement responsibilities from the Ferguson police department.  Put every member of the department on paid leave until an investigation of this entire incident has been completed.  And then, determine which members of the force deserve to have their jobs back.  This is not the first incident in Ferguson.  Five years ago, a DUI suspect was beaten by police officers while in custody, then charged with criminal counts of destruction of property for bleeding on the officers’ uniforms.  Do I know if his injuries were sustained due to an altercation between the suspect and the officers?  I do not know those circumstances.  But really?  Charging the man with bleeding on you?  Ummmm, no.

4 – Appoint community liaisons.  When I lived in Philly, we had “block captains”.  There should be someone in the community who has the ability to attend meetings, receive information, and has the ability to reach out to some member of law enforcement with concerns and questions.  There has to be a positive flow of communication, trustworthy law enforcement officials, and the encouragement of participation in the community by all members of the city of Ferguson. 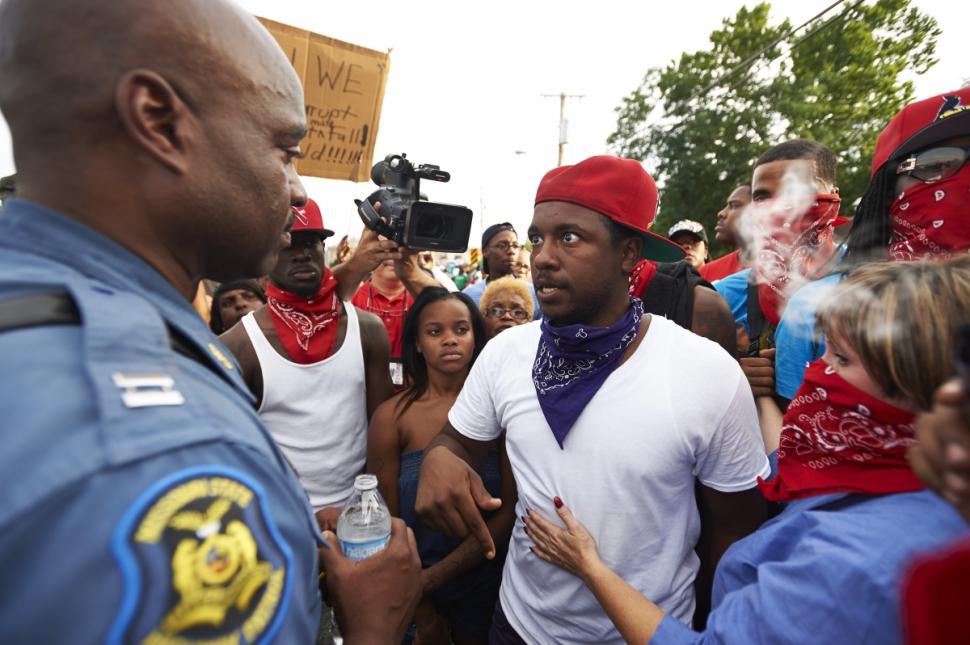 5 – Cultural competence training for all city officials and law enforcement officers.  In an African American community, you should have a department that has some sort of training for officers who are NOT members of the African American community.  In the words of my middle schooler, “You don’t know their life; you don’t pour their cereal.”  How can you expect to be successful communicating with someone whose language you don’t understand?  You can’t.  If I dump you in the middle of Afghanistan and tell you to make friends and get along, you’re going to struggle.  If I dump someone from South Florida in Alaska in the middle of winter and tell them be a successful member of the community, they won’t know how.  There has to be some sort of training.

I hope the end is near for the violence in Ferguson.  I pray the family of Michael Brown gets justice and answers in his death.  I hope the mother of Michael Brown knows how much my heart breaks for her, and I hope she knows that his death was not in vain.  Things will change because of what has happened to Michael Brown.  They have to.

One Reply to “Ferguson – What Can Be Done?”